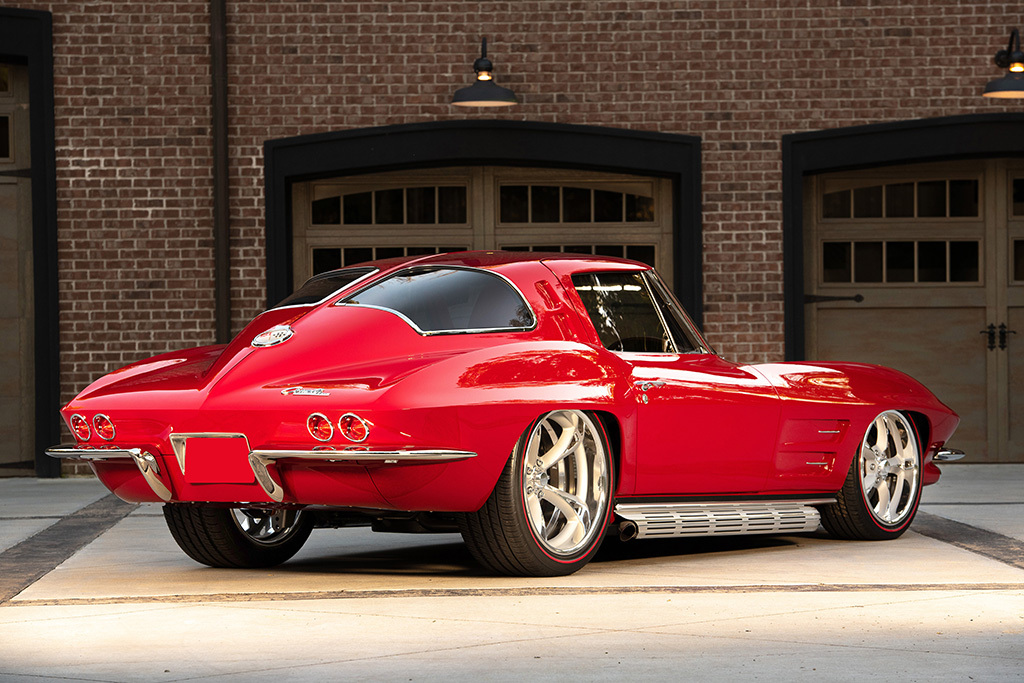 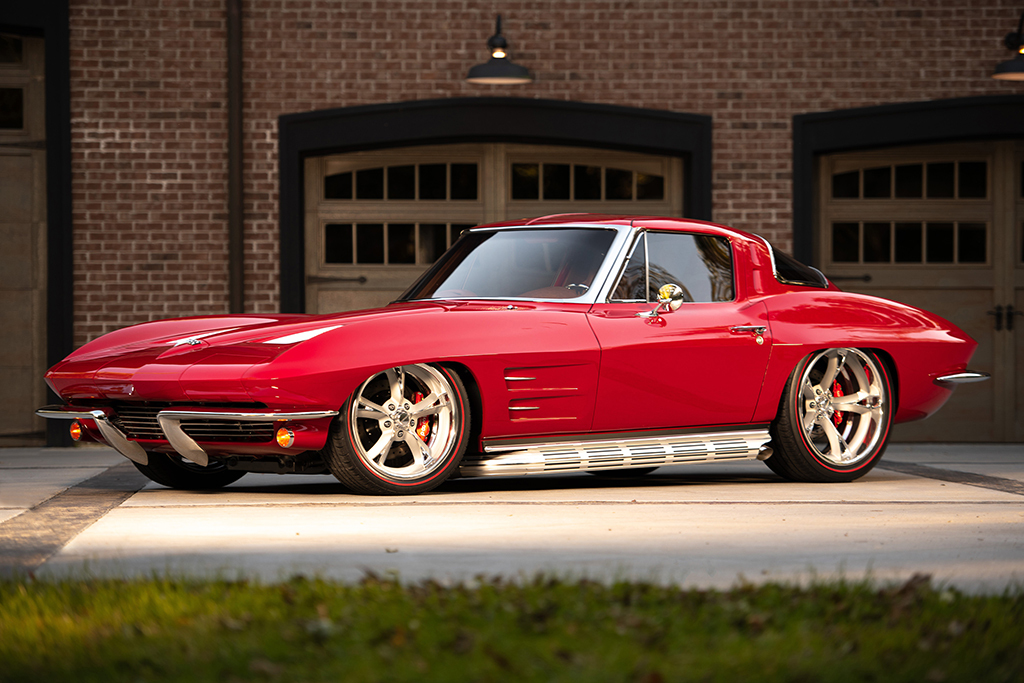 When it comes to iconic 20th-century American automotive designs, one of the most significant models that comes to mind is the revolutionary 1963 Chevrolet Corvette Sting Ray, a car that more than half a century after its introduction remains a legend.

At the Barrett-Jackson Scottsdale Auction, Jan. 12-20 at WestWorld of Scottsdale, you’ll find a bevy of historic and significant Corvettes of all generations, including a very special Resto-Modded 1963 model that is as stunning as it is sexy.

A radical new design for 1963, the Corvette is instantly recognizable for its rear window, known as the split window, a feature only offered during this model year. 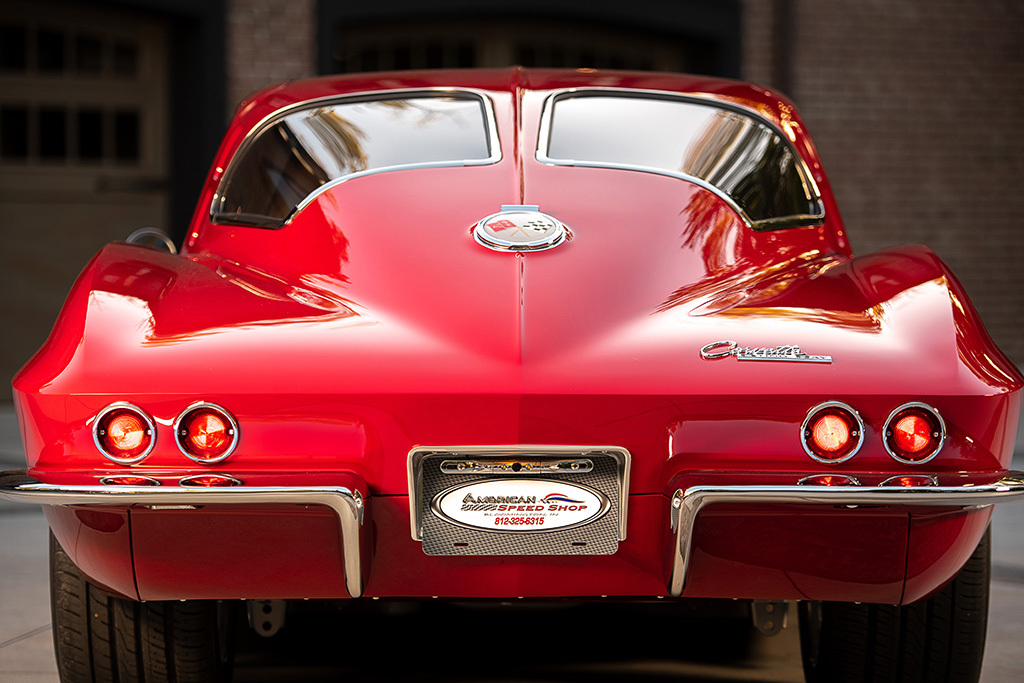 The bold new 1963 design also offered a number of firsts for the Corvette lineup: It was the first Corvette with independent rear suspension, and it was the first available with optional air conditioning, leather upholstery, power steering, power brakes and a 36-gallon fuel tank. Along with its radical new fiberglass body design, this car truly was groundbreaking in every respect.

And its influence was hugely important. A young man named Edward T. Welburn, who would go on to become the Vice President of Global Design for General Motors, recalled seeing his first ’63 Corvette. “Around the bend came a 1963 Corvette Sting Ray Split-Window Coupe – its red exterior and red interior captured my imagination, and remains etched into my mind to this day,” Welburn told Peter Brock, one of the Corvette’s designers and the author of the book, “Corvette Sting Ray: Genesis of an American Icon.” 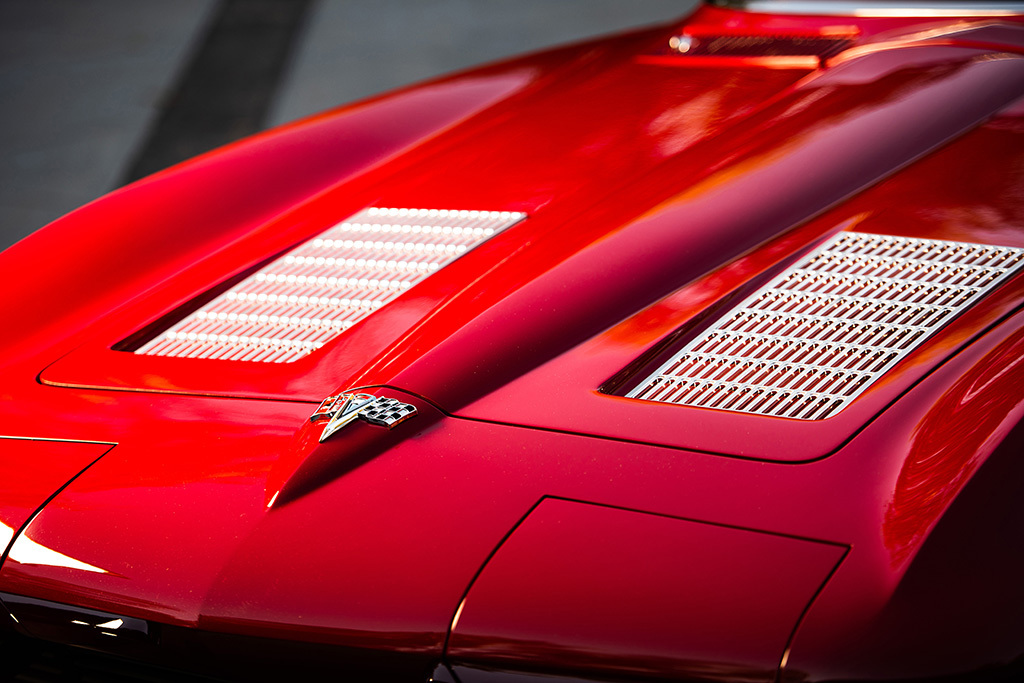 He wasn’t the only one smitten. Corvetteonline.com says of the 1963 split-window Corvette, “For many Corvette enthusiasts, the 1963 split-window model is the pinnacle of vintage ‘Vettes. It’s one of the most easily recognizable and widely appreciated members of the Corvette family; whether you’re a devoted aficionado or simply a casual admirer, chances are you understand the notability of the Split-Window.”

So, yes, any 1963 Corvette Sting Ray is a big deal. Now imagine one that began life as a genuine production Corvette and retains the famous body shape and the split-window, but adds state-of-the-art amenities so it performs more like a new car than one that’s 56 years old. 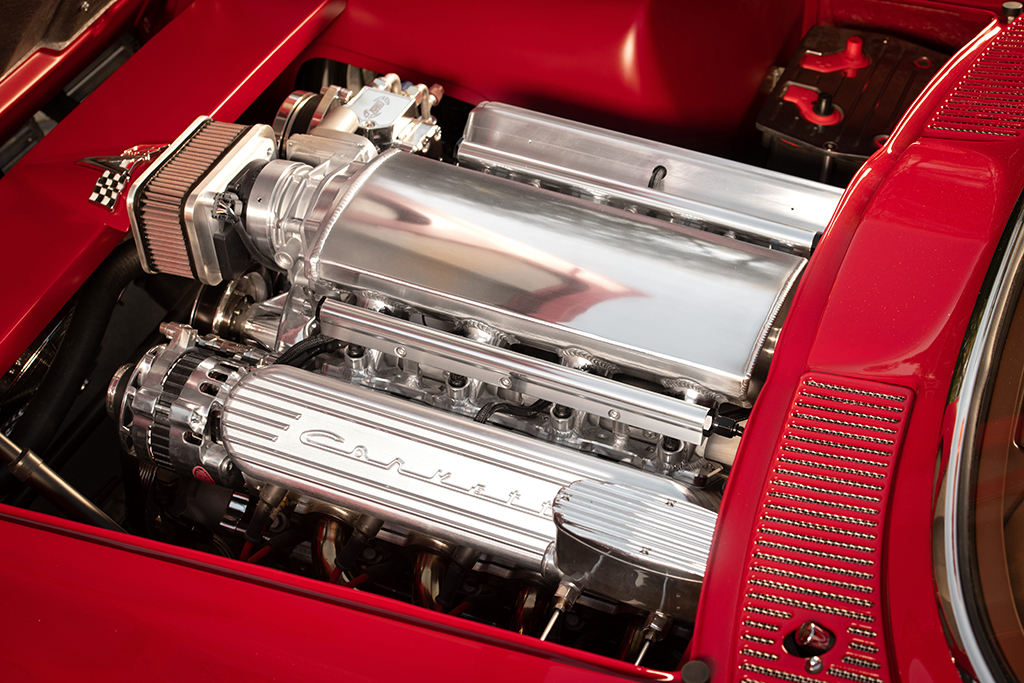 Built by Jeff Hayes and American Speed Shop, this beautiful 1963 Corvette Resto-Mod features the best of the best in terms of technology and upgrades. It rides on an Art Morrison sport chassis and is powered by a modern 540-horsepower Chevrolet LS3 engine connected to a new 5-speed automatic transmission. The exhaust exits via Borla side pipes, and unique parts include the stainless fuel tank and a custom-fabricated radiator cover.

Completed in October 2018, this Corvette takes your breath away. The gleaming red paint is deep and lustrous, and there are plenty of upgrades to make driving a pleasure, including Vintage Air heat and air conditioning, power steering, power hood, AM/FM Bluetooth stereo, backup camera and Detroit Speed multi-speed wipers. The upholstery is Saddle-colored Brazilian leather with carbon-fiber accents. There is also extensive LED lighting inside for a high-tech look. 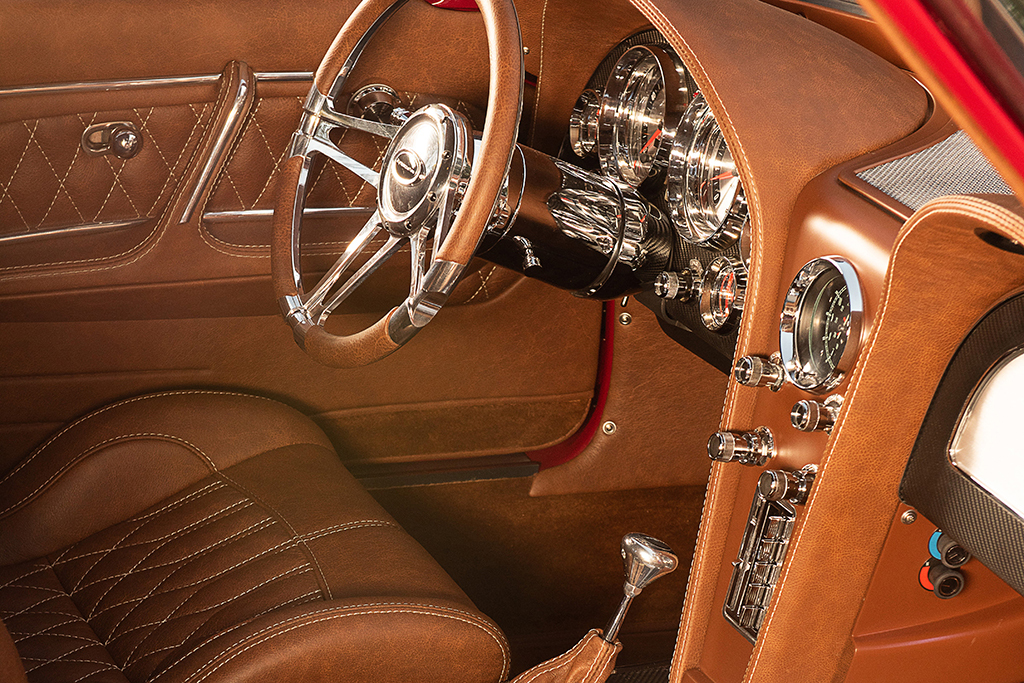 Outside you’ll find a custom-made hood grille and rear belly pan. This Corvette rolls on Schott wheels with custom-made red line tires, and all of the work has been performed to an exceptionally high standard of fit and finish. This is a no-excuses Corvette conceived and built with the quality to satisfy even the most demanding drivers and collectors.

This extraordinary Corvette will find a new home during the Barrett-Jackson Scottsdale Auction, because it will cross the auction block at No Reserve, meaning the highest bid wins the car – no matter what the final dollar amount of the bid. Someone is going to come home with a legendary car that looks great, drives great and will be a joy to own. Don’t miss your chance to own a legend.

For up-to-date information on this vehicle, click HERE. To view the entire 2019 Scottsdale Preview Docket (with more vehicles being added daily), click HERE.